4 Comments
I'm retired! I’m happy to report that I am leaving my work in the hands of Eric Davis and Jessica Garard (known at The Elite Team at RE/MAX Peak Properties).I’ve worked closely with Eric and Jessica since 2009 and I know that the quality of their expertise and caring for clients matches mine. The...

1 Comments
After a slower than usual September, October Flagstaff home sales showed substantial gains compared with October 2013. The number of single-family homes sold was up 14.4%. No doubt that was partly due to the fact that available homes for sale were up 17.2% compared with a year earlier. Flagstaff ...

0 Comments
Iffy. That's how I feel about the market for Flagstaff homes after studying this month's statistics. We're about to move into our annual slow months, but we moved a bit too early in September.    The median price is sky-high compared to recent months, but that's because we actually recorded some ...

Flagstaff Home Sales for May 2014

0 Comments
Here's a link to my full report on Flagstaff home and townhome sales in April. Here's a breakdown of the market for single-family-homes by price range: The data reported here are based on home sales in the Flagstaff metro area (the City of Flagstaff and immediately surrounding county areas that h...

0 Comments
Here's a link to my full Flagstaff home sales report for March 2014! Note: The data reported here are based on home sales in the Flagstaff metro area (the City of Flagstaff and immediately surrounding county areas that have Flagstaff mailing addresses) as reported in the multiple-listing-service ...
Previous 1 2 3 4 5 6 7 8 9 … 14 15 Next
Back to Top Archives
Rainmaker
510,307 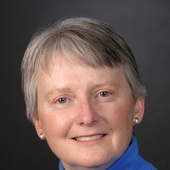