Boulder is "Happiest and Healthiest" City In U.S.!

8 Comments
There’s something I just don’t understand:  why aren’t more agents encouraging their sellers to pre-inspect their homes?  In such a volatile market, where deals fall through frequently for any number of reasons, why not eliminate some of the negotiating power that buyers have in this market and...

Why Test For Radon?

0 Comments
The list of things to test for and inspect when buying a house seems to go on and on, and the costs keep adding up.  Next thing you know, your agent is suggesting you get a radon test on top of everything else. . . Why?   Although getting radon tested just seems like one more hassle, it’s a very...

2 Comments
We're hosting an open house of 3726 Wonderland Hill Ave. this Saturday, 1-3pm.  Note that it's Saturday and not Sunday - wouldn't want to interfere with big game parties!! This comfortable home is the essence of Boulder.  Right across the street from trails, it's the perfect place to come back to...

0 Comments
Mesa Village is a hidden jewel located in the northwestern corner of Louisville.  Because of its tucked-away location near the Louisville Reservoir and expanses of open space, few in Louisville know about this neighborhood.  However, those that live there never want to leave!  Since 2005, there...

1 Comments
Now that 2009 has drawn to a close, we're starting to see reports on how the Boulder County real estate market fared in 2009 when compared to 2008.  We've crunched the numbers ourselves here at Mock Realty, and, in evaluating Boulder, Louisville, Lafayette, Longmont and Superior, Boulder had the ...

2 Comments
Now that 2009 has drawn to a close, we're seeing numerous reports on how the local real estate market has fared compared to 2008.  We've crunched the numbers here at Mock Realty, and the news is that Louisville could have fared a lot worse, fortunately.  In fact, one area of the market, attached ...

I Know About the First-Time Homebuyer Tax Credit, But What About the Credit for Long-Time Homeowners?

8 Comments
No doubt by now you’ve heard about the tax credit available to first-time homebuyers.  Although much confusion still abounds about this credit, buyers are starting to get it, and are realizing that they need to act soon to benefit from it.  However, if you’ve lived in your present home for some...
Previous 1 2 3 4 5 6 7 8 9 10 Next
Back to Top Archives
Rainmaker
58,712 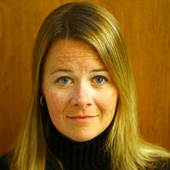 A blog describing the numerous reasons to live in beautiful Boulder County.