Watch out for insect infestation in your garden this year

0 Comments
Just ran across a short article by a local landscape contractor here on Long Island.  He cautions that because there has not been a prolonged deep freeze which kills off the insect population, there may very well be a lot of insect infestation in the garden this spring.Be prepared.

0 Comments
There is new legislation that has been passed in Nassau County, New York regarding a new protected class and an effective way of enforcing the fair housing rules, both federal and state which became effective Jan 1.As we all know, the federal laws state that it is illegal to discriminate against ...
Back to Top Recent
Rainmaker
122,569 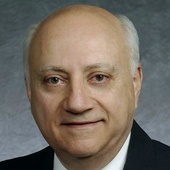