A couple of nails can delay your sale!

1 Comments
Before listing your home for sale, take a walk around it to see what the buyer sees.  This back porch was looking sad, as it was never used by the owners, who always used the front door. There was debris in the backyard which added to the look of neglect. When it went under contract, the cash...

1 Comments
When choosing a home, remember that you may want to resell it at some point! Design flaws will affect the resale value, especially if not suited for the climate in which the house is built. Take a look at this home design, which might be better suited for a sun...

Slippery stairs are a danger for my buyers!

5 Comments
Oregon is known for a wet climate which produces a *slick, mossy goo on decks and entrance steps.  Note to sellers: Please do not list your house until you have cleared your entrance of moss. * This home is not safe to be shown to buyers until properly cleaned...

1 Comments
It may be a bit early for 2015, however, I know where I will be..... Playing vibraphone with the Lincoln Pops Big Band at the Embarcadero Resort on New Years Eve! Here is my well loved vibraphone. It is a vintage Musser Pro Vibraphone, circa 1975, manufactured by the Ludwig Drum Company. I play ...

4 Comments
This photo was taken from the south end of Nye Beach at Don Davis Park. Nearby is the Newport Performing Arts Center. The weather has been scattered showers with nice spots of sunshine as we head in to the late afternoon. Sun is currently bright over the S & W R...

The walls have ears

2 Comments
Have you ever walked in to an office to hear someone talking about you or someone you know in hushed tones? You can barely make out what is being said but you know it was about you?   No matter what was being said, it never feels good to hear words that are not meant for your ears. Before you go... 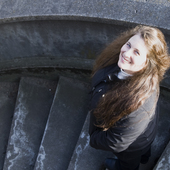