0 Comments
While home prices in the Valley continue to drop, the commercial real estate market finally seems to have leveled off, according to new reports from the W.P. Carey School of Business at Arizona State University. "If the historical pattern is followed, which appears to be the case, 2011 should see...

0 Comments
Rising currency, California housing crisis fuel buying spree At last count back in 2008, Maricopa County, where I live in Arizona, boasted a population of just under 4 million people, ranking it fourth among the country's counties. To get that big, a county needs size (9,224 square miles), lots o...

0 Comments
52 major markets post job gains; Phoenix ranks No. 2 More than half of the nation's 100 major markets -- Phoenix among them -- are rebounding economically, according to new figures from the U.S. Bureau of Labor Statistics. Read more: http://www.bizjournals.com/phoenix/news/2010/12/06/52-major-mar...

0 Comments
Miracle on 24th Street This holiday season come to the Arizona Biltmore and experience the 2nd year of Miracle on 24th Street. Gingerbread houses contructed by pastry chefs and architects, holiday cooking classes, special menus in the restaurants, snowy movies each Saturday, roast marshmallows on...

Happy Thanksgiving to all! 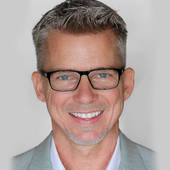