Why Did Indymac Collapse?

4 Comments
THE FOLLOWING IS A CUT AND PASTE FROM DRUDGEREPORT WHICH CITED (LOS ANGELES TIMES) -- LETS DISCUSS THE CAUSAL RELATIONSHIP   An important angle in the IndyMac failure that may get lost in ominous headlines tonight and tomorrow: federal regulators pointedly cited U.S. Sen. Charles Schumer, D-N.Y.,...

18 Comments
My Original BlogThis is regarding the guy who told me that I was too lazy to show him homes-- since I refused to show without a pre-approval letter.  I got a call last night from an agent from a Discount Brokerage and we started chatting about her buyer.  Soon, I realized that she was calling abo...

4 Comments
Following up on a blog written by Evil Rich:  See His Article Here Has anyone advertised on Realtor.com?  If so, is it worth paying their monthly fee? Love to hear what people have to say! -Jason

13 Comments
Just got off the phone with a prospective buyer who wanted to look at one of my listings. Right off the bat-- he told me that he wanted to see the property.  No problem here, I'd love to show it.However, I never rush into a property showing--- without finding out:  Do you have an agent and are yo...

Here is why the lenders require weekly checks!

6 Comments
What other things have you seen on your property checks?This is one that I saw when driving past one of my listings! Oh, the area code is 804-- if you want to appear on JERRY JERRY JERRY!! -Jason

11 Comments
My growth has been wonderful-- and I have truely been blessed by the deals that I have to work. My in house assistant was unable to keep up with the demands of working REO (for me) and has quit.  I've been considering working with a Virtual Assistant (VA) -- to handle some of my tasks. I've spoke...

5 Comments
Recently, I've been considering going to a centralized showing service. The benefits as I see them:Less work for my assistant and myselfBetter tracking of showings and feedback  Drawbacks:When I had to do this one time before-- I canceled the showing since the person on the other end was interoga...

2 Comments
I went over to one of my listings the other day -- and I met my contractor to give me a bid on repairing some steps that are a trip hazard (if you walk on them, you'll probably break your ankle).  Well-- When I gave him the address and inquired if he needed directions he started to laugh -- and t...
Previous 1 2 3 Next
Back to Top Archives
Rainer
11,913 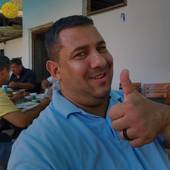