0 Comments
Thanks for watching (PULP)Loan Friction!!! I hope you enjoyed. The Buzzz will return to its normally scheduled programming!

0 Comments
Bay Area: Data Quick recently released a report on recent Bay Area home sales indicating that sales have dropped since December, but are still higher in early 2011 than they were during the same period in 2010. It was also mentioned that it's typical for real estate sales to be slow this time of ...

Cash Buyers Stimulate Existing Home Sales in Oakland Ca as an FHA Buyer YOU ARE SCREWED!

0 Comments
Oakland,CA: Bay Area home sales have dropped since December, but sales are still higher in early 2011 than they were during the same period in 2010, a real estate information service said.  Existing home sales track the number of Single family Homes, Town Homes, Condo’s and Co Ops. Each Month ... 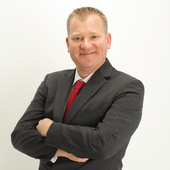