Choosing Your First CRM, or Considering Moving to a New One?

0 Comments
Choosing one – First and foremost, if you are not committed to making (as opposed to getting) the time to learn, implement, and consistently use it, don’t waste your time and money. Right now is typically one of the best times to do it in most markets. Some resort markets get busier this time of ...

6 Comments
RANT! I HATE “Captcha”! You need the eyes of a 20 year old and have to be a cross between an abstract artist and a cryptologist to decipher the damn things! :)

7 Comments
If you have everything on paper, start entering them according to the ideas suggested below. If you already have them in an electronic format, you have to import them. A common question is if you should clean them up in the old database first, or clean them up in the new one. By cleaning up, we...

Exporting CRM Data – The rest of the story

0 Comments
A common misconception agents have about Real Estate CRMs is that some of them intentionally make it difficult to export your data. In interviews with over 30 Real Estate CRM developers, that does not ring true. It is true that some export more fields than others and some do it in more usable for...

Top 10 features to look for in a CRM

0 Comments
While everyone has their preferences of what are the most important features to them, the following should be basic requirements for everyone. Each of the following is a topic which I have written about extensively in my book, but the following is a brief description of each. E-mail stored with t...

Macs get sick now too

1 Comments
One of the reasons people have liked Mac computers is that virus creators have not bothered to spend the time to create malware for Macs. Unfortunately with the increase in the number of Mac computers in the market, that has changed. See the following article.

21 Comments
A statement is often made that having a Web based CRM is clearly superior to a desktop CRM. The reality is that there are pros and cons to both. While there are many arguments over which is better and why, let's address a few of the most common misconceptions. The first thing to do to is to reali...

Not using all of your CRMs features. That's OK.

5 Comments
There is a common complaint with agents feeling that if they don’t use all the features of a CRM, that they are spending more money than they should for features they don’t use. Developers have to build a CRM to suit the needs of the many, so there will undoubtedly be features that not everyone w...

Respond is out, InTouch is in 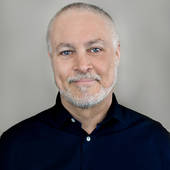 This blog is dedicated to the dissemination of information about Real Estate specific contact management and CRM software.