Musings on our home search

0 Comments
I've been a real estate agent for a little over a decade. During that time I've probably sold a couple hundred homes to families across a couple counties in Central Texas. Until recently I've not been in the market for a change of venue, but as it turns out, my wife and I now think that moving a ...

0 Comments
If you're familiar with Austin weather you know that one day it can be an amazingly sunny spring day in the 80s and then when you wake up the next day, it's freezing cold and sleeting. We've had a particularly crazy end of winter/start of spring this year.  The schizophrenic weather doesn't reall...

1 Comments
Just a quick note to let everyone know that I'm wishing them a Happy Holiday season!  From my family to yours, have a safe rest of 2013 and we'll see you in 2014! Sincerely,  Joe

Finding our own home

1 Comments
I've been active in real estate for going on 11 years now. When I found my first house, I looked at about 6 and found something that could be my forever home. A wife and child later, we might be looking to move north in Austin and out of the Westlake area. Thus far, I've looked at over 20 homes. ...

0 Comments
Yeah, yeah, yeah. I know the market is HOT, SIZZLING, CRAZY and whatever else you can think of to describe a seller's market with limited inventory and pent up demand. That said, there are some things that are still features non grata. In looking for a new personal residence in north Austin, I've...

0 Comments
Last weekend my family went to McKinney Falls State Park. It was great. We paid $20-ish for entry and brought our fishing poles. The park is very close to our house near William Cannon and just east of I35. We had a blast caught and released a few fish and spent some quality family time relaxing ...

1 Comments
I know that it's a bit late, but better late than never. I hope everyone had a fantastic holiday and is recharging for 2013!   Joe

3 Comments
Today I was driving back home from San Antonio where I had visited two friends that I hadn't seen in a long time. On the ride home in about Gruene, the betterflies began! Nary a butterfly did I see last year so it was encouraging to see the swarms of them flitting from here to there and across th...

0 Comments
Thinking about taking my son to see the hot air balloons. Supposed to happen this coming weeekend at Lake Travis. www.centraltexasballooning.org If you're looking for something to do, consider taking a look at this. Joe
Previous 1 2 3 4 5 6 7 8 9 … 14 15 Next
Back to Top Archives
Rainmaker
392,263 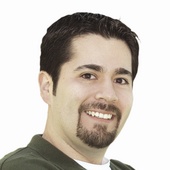 A blog all about Austin, Round Rock, Cedar Park, Lakeway, and Pflugerville Real Estate.