Holiday Activities in Evansville, IN

0 Comments
We are about to celebrate Thanksgiving tomorrow and will then be well into the Christmas and holiday season. Although, let’s be honest, most of the storefronts already have their windows decorated for the season! There are plenty of ways to make fun family traditions in Evansville, IN this holida...

4 Comments
2746 Heather Lane, Henderson, KY Fabulous find! 5 bedroom home features a friendly design. The main floor has 3 bedrooms including the master, a family room with fireplace, eat-in kitchen and huge living room. The upstairs has 2 bedrooms and full bath.  The backyard is designed for fun with a ...

2 Comments
All the Evansville, IN kids are getting excited to dress as their favorite superhero or who they want to be when they grow up. Halloween school parties will be taking place this week and trick or treating will happen on Friday evening. Here are a few other Evansville, IN events for this week that...

0 Comments
I am definitely breathing in this gorgeous fall weather we have been having. The temperatures have been perfect. Not too hot or too cold. Fall has officially arrived and Evansville, IN has a number of fun activities in store for this week and weekend! Wine Down Weekend will take place tomorrow (T...

Don’t Miss the Newburgh Fiddler Fest, Near Evansville, IN!

0 Comments
Summer is winding down and the school year has recently started for those of you with kiddos. But that doesn’t mean that the fun has to end! The 34thAnnual Newburgh Fiddler Fest takes place Aug. 22-24 at Old Lock & Dam Park in Newburgh, which is just a short drive from Evansville, IN. This event ...

Why Should I get a pre-approval? I haven't found a house yet!

0 Comments
Why Should I get a pre-approval? I haven't found a house yet! I get this question a few times a week from both first time buyers and seasoned buyers and there are TONS of reasons that have nothing to do with your agent's paycheck.   So, here are few of the important reasons: So you know what your...

No money down doesn't mean you won't be writing checks!!

2 Comments
No money down doesn't mean you won't be writing checks!!  I get a lot of calls from buyers who have heard they can buy a house with no money down followed by the question: Is this true?? My answer yes and no.   In the Tri-State Area there is a loan called a USDA or Rural Housing loan that is s...

4th of July Firework Celebrations near Evansville, IN

0 Comments
It is almost here….one of my favorite holidays. A time to embrace this wonderful country we live in and celebrate being an American. The 4th of July. The time for neighborhood BBQs, family picnics and cool activities to keep kids from overheating like running through sprinklers and throwing water...
Previous 1 2 3 4 5 6 7 8 9 … 14 15 Next
Back to Top Archives
Rainer
105,695 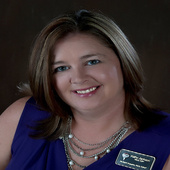