0 Comments
In Houston, mother nature can drop a drench faster than the Donald can say, "You're Fired". Flooding sucks - it sucks less if you're protected. Flood Insurance is super affordable, let's pray you never need it...but if it floods, you'll blunt the pain and recover faster with flood insurance. Our...

7 Comments
Magic, Power and Leverage...come in 3s.  The Trinity, Three Blind Mice, The Three Magic Beans, The Three Wishes, The Three Musketeers, The Three Stooges, The Three Amigos, The Three Bears and for a real estate agent, The Three People Principal.  How many  3s examples can you think of? My friends...

Meatball Sunday on a Wednesday in The Woodlands - What are you eating?

4 Comments
Meatball Sunday...bet it would taste as horrid as it sounds.    Is that what we're servin these days?  Maybe? I've finished eating Seth Godin's newest Bestseller.  Seth's books are thought provoking, all of them, Meatball Sunday included. If you're a real estate agent, wondering how you're going...

0 Comments
You may be familiar with Maslow's Motivational Theory, the Carrot and Stick shtick and the Fight or Flight Response. Ken Brand's Motivational Theory is a mashup of fact, speculation, observation and sandy experience.  My real estate adventure began in San Diego, California.  My newly minted real...

5 Comments
The adventures of a fully engaged Realtor include stressful and sometimes pretzel twisting emotional control.  It's a fact of life, when dealing with issues of home, family and finance...things will spiral, cascade and meltdown. If there were no problems, who'd need a Realtor to help?  It's part...

Clarity is the new creativity.

1 Comments
At a Writing Workshop I attended, Roy H. Williams said,  "Clarity is the new creativity". Hmmmmm....think about that - slice through the BS, no posers - nice. Hugh MacLeod slices like a Hattori Hanzo - what you need to know about how to be successful in real estate. The End - ken brand

0 Comments
Earlier I shared my thoughts on Twitter and Wakerupper.  Here's another gem - Author Stream.  Upload your Power Point Preso and display your handiwork on the web, embed it in your web page or blog as well.  Man-o-man there are some wicked smart people creating FREE "WOW" tools. They're like golde...

0 Comments
Postage is going up by one copper penny - May 12th. You want to do something nice for your friends. You want everyone to know you're approved to help them with any Corporate Relocation, they don't have to work with a stranger. Here's a solution: REALTOR ICONS – 7 Easy Steps To An Electric Future ...

Clarity is the new creativity. 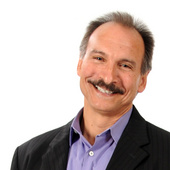