Like
Home > Blogs > Lou Farris > Blog-Home
This blog will center on various opportunities in the Front Range of Colorado for people to maintain and acquire value in their real estate transactions. You are welcome to post your thoughts and wuestions, too. the only requirement is that you keep it polite and clean. Don't say something in anger, berate or "cuss" on this blog. There is no second chance on that point. My goal here is to help you, and build a place where we can all have some real fun with real estate.
RECENT BLOG POSTS

Short Sales and The Current Administration

0 Comments
With the sweeping platform of liberal spend and tax programs that 10 generations cannot pay back, we are now faced with a constant stream of bank regulations that affect lenders, and will also affect us. Fannie Mae is now condusting their own appraisals behind those the lender or servicer orders....

2 Comments
Today, I am praying for the swift recovery of a fellow Realtor in my office. He went through surgery on his heart yesterday. He has been through this before, but any surgery is serious. As I sit here this morning, getting ready for the holidays, and all that these preparations entail, gifts, card...

Are Things really that Bad???

2 Comments
By now we have awakened from our Tryptophan induced comas, and the crash after the Black Friday sales, and Cyber Monday madness... Are things really that bad, or are we being grossly misled? I for one think that the scales may actually bend a little more to the latter than the former. Since we a...

Thankful? I Hope So!

0 Comments
It sure would be easy to be upset. the media is spewing all sorts of things about the economy. we hear the constant strains of recession, depression, inflation, etc. We see this and another public servant exposed for extra- something dealings that get them into trouble. All around us there seems ...

Scorecard on the Economy

1 Comments
What grades would you give: - Henry Paulson, for forthrightness and foresight? - Ben Bernanke, for leadership and ability? - Nancy Pelosi for honesty and ethics? - Henry Waxman for integrity and values?   I am doing a straw poll on this, and am interested in your take on thinigs. My best to you a...

We Have a New Design for Our Currency

0 Comments
With paulson and Bernanke at the wheel is it any wonder we should also have a new design on the currency, too?     Ohh, and as a reminder, Bill Clinton pushed 8 years very hard to make evefry American a homeowner, which is part of the reason for the mess we're in.

Bailout Blues - Have You Seen The Dow Today?

0 Comments
The bailout passed, and look at the good it did. The markets opened another 500 pints loawer, and continued to take a nose dive. Is there something I have missed? Wasn't the bailout supposed to shore up the economy and restore market stabililty? Forgive me if I am skeptical, but so far I can see ...
Previous 1 2 3 4 5 6 Next
Back to Top Archives
Rainer
13,971 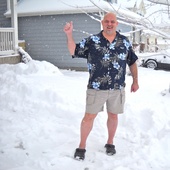