Malibu to enforce 12% tax on rentals

0 Comments
Those summer rentals in Malibu are about to get a little more expensive. Owners of Malibu homes, condos or other structures that will be rented for 30 days or less must register with the city and pay a 12% transient occupancy tax. Reva Feldman, administrative services officer, said the requiremen...

0 Comments
Looks like FEMA has revised it's flood maps and 100's of property owners will not have to pay the mandatory flood insurance. It has saved many from having to come up with upto $1700 for flood insurance. For all those that fought for what they thought was right GOOD JOB..Keep up the good work and ...

0 Comments
New flood- risk maps anger some who say that the chance of flooding is too low to require mandatory flood insurance. New flood-risk maps are part of a nationwide initiative started by the Federal Emergency Management Agency (FEMA) seven years ago to pinpoint lands likely to flood in a "100 year s...

0 Comments
Gov. Arnold Schwarzenegger proposed Wednesday morning the adoption of a new homebuyer tax credit for California taxpayers. Unlike the previous tax credit, which was depleted eight months before the deadline, the latest proposal would apply to the purchase of existing as well as new homes. While C...

When Will the "First Right of Refusal" Come Back in Style?

0 Comments
Great blog, The "First Right of Refusal" has never really gone out of style. In this market where homes are sitting on the market longer, many seller's are also putting them on the market for lease. I had a client that just leased a home for a year, with option for additional year, and a "First R...

0 Comments
The City of Malibu is once again offering a Christmas Trees Recycling Program, from Dec 26, 2009 - Jan 13, 2010 Bring your tree to Pacific Coast Hwy & Heathercliff Road or to Civic Center Way (across from LA County Library). Place tree in your green waste recylce bin: Remove all ornaments and lig...

0 Comments
SHOULD SMOKING BECOME ILLEGAL? First it started in bars and restaurants, now more and more areas are passing smoke free laws.   Our Smoke-free Laws   Where?   In Santa Monica, smoking is prohibited in the following areas:   · Within 20 feet of entryways and windows of any buildings open to the ...

Today is a palindromic date 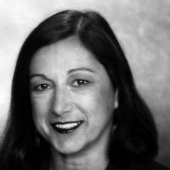