1 Comments
Here's the last month's report for Multi Family sales in Morristown NJ.  There has been a slight uptick in the amount of inventory as well as the the activity.  This is probably due to the approach of the Spring market and a renewed interest in property buying.  A lack of inventory in Morristown ...

7 Comments
I had forgotten about this technique until I got an email reminder from TopProducer about generating leads using the free advertising power of CraigsList.  Its amazing how you can let the little things slip by but I figured I'd take another go at it, this time by utilizing the power of screen sho...

1 Comments
Today I was able to obtain orchestra seats for a kids-oriented band at the MaCarter theater in Princeton NJ. They are for The Laurie Berkner man's and the pre-sale started at 9am this morning. While there music may not exactly be my cup of tea its a great way of spending time with my family. From...

13 Comments
Amazing, when it rains it pours.  I received a phone call from a Weichert site viewier that wanted to see one of my listings.  I'm sure Weichert is peeved as the lead should have gone to one of their agents but instead came directly to me.  Then I received an email from HousePads.com via Postlets...

For Sale vs. Recently Sold ()Morristown

5 Comments
Asking Prices and Sold Prices (October 21, 2009 - January 21, 2010)  Morristown Multi Family activity.  There is a record low for inventory; typically there are 30-40 multi family units for sale in Morristown but inventory is at a low probably due to competition for short sales as foereclosures t...

1 Comments
Here's a snapshot of the inventory for the past 30 days in Morristown.  The chart also has properties listed numerically at the bottom.  Tihs chart represents homes in the $200,000-$450,000 range and is just one snapshot of the overall inventory.  Typically, this is a price range that contains pr...

0 Comments
This chart illustrates the amount of active inventory versus sold inventory for the month 12/15/09-01/14/10.  This happens to be a small town next to Morristown but with fewer homes for sale and higher value ratio compared to Morristown.

0 Comments
This chart refelects the average number of days that a property will sit on the market in Morristown, NJ.
Previous 1 2 3 4 5 6 7 Next
Back to Top Archives
Rainer
36,345 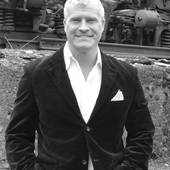