Open House you want me to do your job... The Follow up

1 Comments
Wow, there were over 70 responses and with 2 exceptions, everyone felt that the agent was not living up to her responsibilities in representing the buyer.  There were no circumstances that prohibited her from showing the property, nor was she physically unable to do so.  She was actually the list...

Open House you want me to do your job?

72 Comments
A  month ago, I had a couple visit my open house. I did the usual introductions, asked for identification, and provided the disclosure.  As they were signing the disclosure, they told me they were working with another agent who also had their home listed, and she had suggested that they view my p...

Get the economy going again

0 Comments
It was great to hear NAR chief economist Lawrence Yun and his cautious but optomistic view of the housing market. Real Estate drives the economy, so if the government wants to get things going again, offer the tax credit again.  Every home sale pumps $60,000 into the economy1

3 Comments
Realtor Ethics is not an Oxymoron.  We need to take it seriously since it is the reason we are not just real estate agents. Article 11 really addresses that point.  We are held to a higher standard than simple license laws and although we may not be in violation of any law, we could be violating ...

0 Comments
Seems like the January numbers were a good forecast for February.  On Long Island, January contracts were up almost 18% and after speaking with my manager this afternoon, February sales in my office were up even more.  Maybe it is a good tome to buy?

3 Comments
Just came back from a listing appointment with a very nervous Senior.  Using the skills taught in the SRES program enabled me to help this Senior choose to put his home on the market. The fact that he had family there was also helpful, but I was insistant that it be his decision, not theirs. Gett...

Chalk Board and Eraser

2 Comments
I recently attended New York State Association of Realtors Winter meetings in Albany and decided to sit in on the Technology Forum.  As this somewhat "Old Dog" sat there with an old fashioned pen and notebook, I was surrounded by I-pads and Kindels being used by the more Tech Savy agents.  The fo...
Back to Top Archives
Rainer
7,885 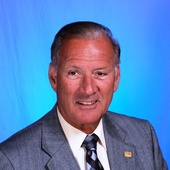