Like
Home > Blogs > Stacia Whatley > Blog-Home
I write many different blogs depending on the current real estate market and what's going on in Gig Harbor and the surrounding area's. I do series for buyers and sellers and even have a little fun too! If you have any questions about what I write about or you want to talk about it I am always there to hash it out. :)
RECENT BLOG POSTS

2 Comments
Gig Harbor Waterfront Views While out on tour today in beautiful Gig Harbor, WA I saw some of the most spectacular hidden views I have ever seen. This is just a snap shot of one I saw that took my breathe away. This home was situated at the top of a hill and had a 360 degree view of everything! I...

0 Comments
Gig Harbor Real Estate Inventory is Down! Since the last quarter of 2011 we have seen a steady decline of the Homes Listed Inventory. Why does this matter you ask? This is a HUGE deal when it comes to how our Local Real Estate Marketis doing. The reason why we have seen more of a Buyer’s market i...

Tell Your Friends About Stacia Whatley with Hawkins-Poe Inc.

6 Comments
Tell Your Friends About Stacia Whatley with Hawkins-Poe Inc. Be sure to share with your friends and family!

0 Comments
HARBOR GREENS GIG HARBOR Have you been disappointed lately with the grocery stores produce in Gig Harbor? Have you thought it is really expensive and when you get it home it’s not that fresh? I have! And I wanted to share with you a little secret that most don’t think is the case. I am sure you h...

0 Comments
Gig Harbor First Time Home Buyers Pay Close Attention! There is so much to learn about buying a home and you don't want to get caught up in a mistake. Here is just a few things that you should think about when buying your first home in Gig Harbor, WA. You won't want to miss this video!

7 Comments
SELLING YOUR HOME? NEW CARBON MONOXIDE DETECTOR LAW EFFECTIVE AFTER APRIL 1, 2012 There is a new Washington State Lawthat will affect Home Sellersand Builders to have Carbon Monoxide detectors installed in the home before it can be sold. If you have your home listed for sale now and it doesn’t cl...

3 Comments
Best Deal in Gig Harbor! BACK ON THE MARKET! 3302 58th Ave NW Gig Harbor, WA 98335 This home is such a great deal you don't want to pass this up! If you would like to live in Gig Harbor and thought you couldn't afford it, then you haven't seen this home! It is in one of the most saught after area... 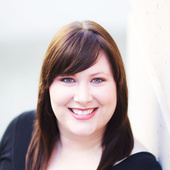