Like
Home > Blogs > Steve Babbitt > Blog-Home
Rochester real estate is doing well! It has not suffered the ups and downs of the sunbelt areas.
RECENT BLOG POSTS

Does the Winter Weather affect Your Sales?

2 Comments
When it is snowing and blowing and the temperature is in the single digits, do your buyers want to go out and look at houses? Last year I would say and emphatic YES!  But this year is different!  I would say a definite NO! Not really sure what has made the difference!  It is not the weather becau...

0 Comments
The housing statistics for 2014 and the fourth quarter of 2014 have been released.  the overall picture is looked at positively even though the numbers are down from 2013. Lawrence Yun, a NAR Economist, predicted in 2012 that the housing numbers would be up for 2012 and 2013, then down for 2014, ...

14 Comments
Welcome 2015! We made it through another year successfully!  We are a little older, a little smarter, a little heavier, and probably a few other "littles." RochesterREguy hasn't made any "New Years Resolutions"yet.  Not sure if I will.  Have you? If you have, please share with me. Best wishes for...

2 Comments
I wish you a Mery Christmas and may joy and song fill you heart and home at this Holiday Season!

0 Comments
With all the hubba about sales on Black Friday, why not look at homes that have been on the market and the price has dropped as we go into winter! This home is a "Black Friday" price at $99,900! Built in 1935, this 4 bedroom, 2 bath cape has almost 1500 square feet of living space plus a large en...

The Freedom of Townhome Living

0 Comments
Many of my customers have commented about how much they like living in a townhome after moving out of a single family home which they lived in for decades. Here are a few of the freedoms they now enjoy: 1.  No more mowing the lawn or having to be concerned with hiring a lawn service. 2.  No more ...

0 Comments
Memorial Day 2014 Memorial Day is the last Monday in May.  It originally was known as Decoration Day. It began in 1865 by decorating the graves of the Civil War patriotic soldiers and later to remember the US men and women who lost their lives serving their country. General George S. Patton, Jr. ...

0 Comments
May 5, 2014 - Cinco de Mayo Many people confuse it with Mexican Independence Day but it isn't!   This is the story.... Cinco de Mayo: In May of 1862, a powerful French army was in Mexico, fighting its way to Mexico City, with the intent of collecting a debt of money borrowed by Mexico. The Frenc...

3 Comments
Located in the 19th Ward of the City of Rochester, this home is located at 351 Inglewood Drive.  It is up for sale for $89,900. It has 3 bedrooms with refinished hardwood floors and cedar closets. The bathroom has been totally remodeled to a delux bathroom! 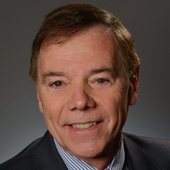