Like
Home > Blogs > Terri Gogolen > Blog-Home
RECENT BLOG POSTS
Terri Gogolen has written 3 members-only posts on ActiveRain. Please log in to read his or her work!
Back to Top Archives
Rainer
19,497 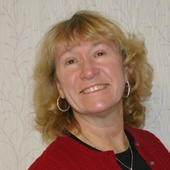 I have taken the article below from Daily Real Estate News...Produced by Inman News. Don't overpay for title insurance When refinancing your mortgage, ask about the 'reissue rate' By Jack Guttentag Inman News® Share This Ten years ago, Kenneth Harney wrote an excellent series of articles on why many refinancing borrowers pay too much for title insurance. In one article, published on June 9, 2002, in the Baltimore Sun, Harney stated: "No one knows how much American homeowners lose annually by overpaying title premiums when they refinance their mortgages. Even title insurance industry officials admit the problem is substantial. They say some consumers could save 50 percent or more at refinancing if they'd simply memorize two words: 'reissue rate.' Use them as a mantra at your next refinance." Not much seems to have changed since then, as many refinancing borrowers continue to overpay because they don't know enough to ask. Not everyone is eligible, however. Cutoff dates In most states, insurers set a cutoff on how old a mortgage can be to be eligible for a reissue rate. The most common cutoff is 10 years, but in some states it is two years, and in others it is 15 years. There are also a few states in which there are no reissues and a few with no cutoffs! Don't look for an economic rationale for these differences; they appear to be as unconnected to the costs of providing insurance services as the premiums themselves. Documentation requirement A reissue is an extension of a current policy at a reduced premium, but, in order to qualify, borrowers must document that they have the policy that will be extended. The best way to do that is simply to produce the policy, but in many cases homebuyers didn't get a copy of the policy when they closed, and those that did may have lost it. If they don't have a copy of their policy but they did retain the HUD-1 closing document, the title policy will be identified there. Failing that, they may recall the closing agent who sold them the policy, or the lender, both of whom should have a copy. There is an obvious moral here for homebuyers: To avoid uncertainty and hassle, demand a copy of your title policy at closing, and place it in a secure place. The borrower who can't document an existing policy may still receive a reissue discount, but it will come out of the agency's pocket because the payment to the insurer must be based on the undiscounted premium. For example, assume the basic premium is $1,000, the reissue premium $600, and that the premium split between the agency and the insurer is 70/30, which is typical. If the reissue is documented, the split is $420 for the agency and $180 for the insurer. If it is not documented, it is $300 for the agency and $300 for the insurer. Rationale for reissue rates There was an obvious cost rationale for reissues when every title policy required a personal visit to a county office to search title records manually. Today, however, in all but a small number of counties, title records have been computerized and the time required to search 50 years is negligibly greater than the time needed to search three years. Reissue rates today seem to arise out of the need to meet a public perception that it is unfair to charge a homebuyer $800 for a title policy protecting the lender, and another $800 a few years later when he refinances. Charging $500 for the reissue may deflect attention from the larger question, which is why title insurance in general costs so much more than it should. Title insurance on my site I recently made an arrangement with Boston National Settlement Services, a leading title agency, to quote title insurance premiums on my site. Borrowers don't have to ask for a reissue rate; the quote they receive will automatically include any reissue discount to which they are entitled. If they have trouble documenting their existing policy, Boston National will help them. Borrowers can compare their premium with the one quoted by the agency recommended by their lender. I don't receive any of the premium borrowers pay to Boston National. The writer is professor of finance emeritus at the Wharton School of the University of Pennsylvania. Comments and questions can be left at www.mtgprofessor.com. Contact Jack Guttentag: http://lowes.inman.com/newsletter/2012/02/22/news/178753