Like
Home > Blogs > Tom Songer > Blog-Home
So I found myself one day sitting at Starbucks sipping on a coffee in the fall of 2012 asking the question, “what next”? Then I realized, real estate was being done outside the offices, the need for virtual assistants, coaches and technology has finally evolved into a competitive industry. Teaching others how to build a sales team with a residual pipeline of income and have time for things you enjoy.
RECENT BLOG POSTS

HUD SHELLS OUT $49 MILLION IN FLORIDA

0 Comments
Checking out "Banks, states reach $26 billion foreclosure deal" on Foreclosure Cleanup Network: http://ning.it/xbpCIc  After more than a year of negotiations, state and federal government officials on Thursday announced a record housing settlement of more than $26 billion with five of the country...

Housing affordability was the most favorable on record in 2011

0 Comments
Get every listing i.e., photos, details, layouts and prices on the MLS click here! http://www.skylivingorlandoproperties.com

Proud to be a Keller Williams cheer "leader"

0 Comments
In the presence of so many caring colleagues at the 2012 Cultural Summit at Family Reunion KW in my hometown Sharing one thing in mind "culture" of a marketplace and business model. It's nothing I could have imagined. Change was difficult but soooo well worth the sacrifice! SHOUT THE CULTURE from...

3 Comments
"It's kinda like Skydiving" the Starbucks barista said when I told him what I did. Thanks for the new slogan Matt

Make The Next Right Decision 2012

5 Comments
Switching companies in January from Coldwell Banker to Keller Williams after  23 years was hard, scary and new. I was being handed referral, REO properties, corporate relocation clients, buyer/seller in-house leads and a strong business. Why did i leave. My experience in Austin Texas with Gary Ke...

3 Comments
If your the kind of person who wants total control on how you live, create the lifestyle you want. Spending more time with friends, family, colleauges and maybe your dog cannot be measured by .39 per sq foot a month HOA. Average cost of a unit in downtown cost $360 per month on Home Owner Associa...
Previous 1 2 3 4 5 6 Next
Back to Top Archives
Rainer
23,748 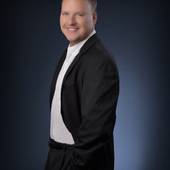 Top 100 WSJ RealTrends 2004-2011 By Transactions (400+ per year) My WHY is "inspiring" agents achieve their maximum potential. Lesson learned. You must give away what you have been so freely given by mentoring, training, service and community involvement. The goal is to free up 80% of the agents time for education, team building, networking, retirement plans and strategizing to stay competitive. To allow the agent to build passive income stream, work 40 hours LESS and be in control of their personal lives. Paid vacations, retirement and saving plans are our first topic of discussion when coaching an agent, another lesson learned. : ) Specialties Corporate relocation, coaching, speaking, foreclosure-bank owned, short sales, aqusitions, mergers, negotiations, residential, multiplex commercial, condominium development, sales and marketing.