1 Comments
The Senate today voted unanimously Wednesday night to extend the $8,000 tax credit for home buyers beyond its scheduled November 30, 2009 expiration date.  The credit would be available until April 30, 2010.  Under the new legislation the credit will also now apply to home buyers who are buying t...

3 Comments
The Senate approved a $45 billion plan Wednesday to expand a tax credit for first-time homebuyers, extend jobless benefits and provide tax refunds to money- losing companies. Under the bill, the $8,000 homebuyers' tax credit, slated to expire this month, would continue until April 30 and be expan...

0 Comments
VA loans have a reputation, deserved or not, for being complicated and also for taking more time than a conventional loan. While it's true that there is more paperwork involved, higher costs for the seller, and they do take time, it's also true that the VA loan program continues to be one of the ...

1 Comments
I am inviting anyone who would like to attend please contact me, Tim Sweeney before Dec. 1,2009 cost is $25.00 Dinner included. Greater Austin CouncilNavy League of the United States Distinguished Speaker ProgramThursday, 3 December 2009 Guest of Honor Doctor Hans Mark Professor of Aerospace Engi...

Va Buyers get $8,000 tax credit extension for 6 monthsactive military only (so far)

0 Comments
actually so far, it's for active military only, it's a step in the right direction.   The House of Representatives voted to extend the $8,000 first-time home buyer tax credit to active military personnel, Foreign Service, and intelligence officers.This extension for this specific group is until N...

10 Comments
many agents have a negative opinion of snyomr chargess lrdd than 6%. I understand why, but understand that all discount brokers are not the same. I take very seriously not only my fiduciary responsibility to my clients, but also I have a similar responsibilty to my fellow agents to take care of b...

9 Comments
I am working with a VA buyer and our lender told us that VA wants us to supply complete information on two prior va loans he did, both of which were paid off, but one was back in the 1970's, he doesn't even remember the exact addresses, has anybody else run into this before?
Previous 1 2 Next
Back to Top Archives
Rainer
9,523 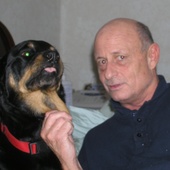