2 Comments
This post is being written merely to earn points. Imagine that. The above listing is real enough though. I am getting closer to being number 10 in El Paso - every blog helps. I should have been there a week ago but work keeps getting in the way. Well, what can one do?

2 Comments
I knew a businessman - Antonio, now quite dead - who once told me that he and his brother bought land in Santa Teresa for $100 per acre back when. His brother bought twice as much as he did but, at the time, he thought it was foolish to spend that much on raw land. When it came time to sell, that...

0 Comments
I don't sell homes but I think refrigerated air conditioning systems may soon become a recommended upgrade item if a seller's home does not already have one - especially in the Southwestern U.S. Evaporative coolers are simply not efficient in hundred-degree weather, which we seem to be experienci...

0 Comments
About two years ago, a friend called to ask some advice on a sale. She had an offer on an income property she had been wanting to sell for some time. The property had been recently appraised at $550,000 and the offer was for $750,000 with the buyer paying almost all closing costs, including the s...

4 Comments
You have one client (an investor) looking for a good investment in commercial real estate. You have four properties available, all of which she can afford and all excellent buys. She does not want to look at anyone else's listings, only yours, because you have proven to be a good advisor over the...

0 Comments
Many famous men have said it before and there must be a reason. It is no secret that perseverance is worth its weight in gold. If at first you don't succeed, just keep going. Never give up. Use your imagination and work even harder. Imagination and motivation are more important than intelligence....

0 Comments
The most common technique for selling commercial real estate is to make the presentation and let the dust settle for a while - sometimes a long while. Sometimes, there is even a little advertising involved, but usually not. However, since there are no hard and fast rules, imagination should be pu...

2 Comments
Were I to sell my home, I would not want a sign in front (or back for that matter.) One of my sisters is an agent and she is always installing signs in front of her listings - actually, her husband does it for her, but you get the picture. The sign is a good ad for her but the calls actually come...

It May Take a Little Longer

0 Comments
They say Rome wasn't built in a day. It's true, of course. I think - as most people - that patience is a virtue. Sometimes however, we can have too much of it. It then borders on diffidence, an attitude of almost not caring. That's when we need to light the fire again. I thought I might get to a ...
Previous 1 2 3 4 Next
Back to Top Archives
Rainer
34,426 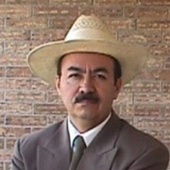