5 Comments
Recently gave my father (approaching 80 years) a  new mechanical automatic winding watch, which he loves. Afterward, we  chatted about his old watches (I remembered a Benrus in particular that he wore when I was a child).He didn't have the one I remembered, but he pulled this old watch out of a C...

1 Comments
Good words from a client.... Josh and Kelly recently moved into their new home.  They were kind enough to send along some good words about their experience..... "Our first impression is that you were very professional and organized which will we still find true.  We felt like a priority and real...

0 Comments
By Greg PerryKirkland Realtorwww.425Realty.com For residential single family homes, here is a side by side comparison of heat maps between  March 2009 and March 2010.  The Red areas indicate less than 3 months of inventory at the current rate of sale (seller's market), the yellow areas represent ...

Greg Perry CRS, Kirkland Realtor -- Work with an ALL STAR!

0 Comments
By Greg Perry, Kirkland Realtorwww.425Realty.com King County residential homes pending sales came in at 663 for the week, making it the 2nd best week in King County and the 3rd best week for King County's Eastside Areas 500-600 since January 2008. This makes the fourth straight week of top ten s...

0 Comments
By Greg PerryKirkland Realtorwww.425Realty.com   King County and King County's Eastside again turned in very strong Pending sales figures.  For the 7 day period ending 03/17/09, the Eastside had 199 Pending sales which makes it the 2nd best weekly performance since January 2008.  There were 651P...

1 Comments
My clients Joel and Shawna are settling into their new home.  One of their home ownership goals was to have a good house and yard for a dog.  Within weeks of closing, they adopted Abby.  I  think you'll enjoy this.  I know I did! Hi Greg,  Things are starting to settle down for us.  We love the ...

How To Profit in a Down Real Estate Market 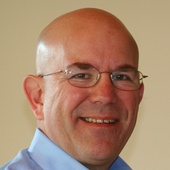