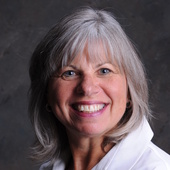 Get to know anne rubin

Anne M. Rubin has enjoyed a fine reputation in the real estate industry since 1988. Prior to entering the business, her background was in kitchen and bathroom design and sales. In 1988, Anne began her career with Landmark Realty Company. In the ensuing years, Anne has enjoyed continual growth and success with the company, which is now known as CENTURY 21 Advantage Gold. Named top listing agent with the company since 1992, Anne has been successful in the sales, as well as, the marketing of real estate. Anne has also been awarded the prestigious Centurion Award by CENTURY 21 Real Estate Corporation. This is their highest award given and it is based on production. In 2003, Anne was awarded Realtor of the Year for her outstanding achievements in Real Estate.