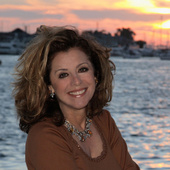 A native Californian, Renee West has lived on the bayfront and worked in Newport Beach, CA and Corona del Mar, CA for over 25 years. Renee West specializes in waterfront and waterview homes.

Get to know Renee West

A native Californian, Renee West has been a bay front homeowner in Newport Beach for over 25 years. Her familiarity with Newport Beach and Corona del Mar is so impressive that if given a street address, chances are Renee will be able to describe the neighborhood, its surrounding schools, and the positive points of the home. Renee's attention to detail is prevalent during the course of each of her listings and when working with buyers. This consistent hands-on involvement in all of Renee's transactions pleases her first-time clients and is one of the reasons she maintains extensive relationships with her past Newport Beach and Corona del Mar clients.