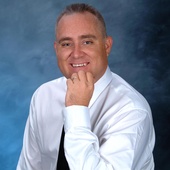 http://propertymanagement4u.com
Do you need property management and sales?
Rainer 14,060
Contact

Get to know Carl Anderson

Carl Anderson has been a licensed real estate since 2002. He Stated Carl Ray Anderson PLLC in 2012. For the last four year he has been fousing on property management. For the First 8 year of his career he was with RE/MAX Achievers. At RE/MAX Achievers received 100% club award for two year in a row and one year received an Executive Club award.

Carl Knows that communication is very important part of having a good owner and managment relationship. He also thinks that a good manager is someone how is close to the property that they manage, so he can watch over them in a proper way.