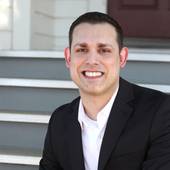 Get to know Corey R. Roberts

As a lifelong resident of the Yuba Sutter area, Corey takes great pride in helping fellow community members find their dream home in the town he calls home.

Raised by a single parent, Corey developed a strong work ethic and a commitment to family very early on. After excelling athletically and academically while making his way through the Yuba City school system, he continued his dedicated pursuit of knowledge at Arizona State University, where he earned a spot on the Dean’s List of Outstanding Scholars for each semester in attendance and was named Magna Cum Laude upon graduating in the Fall of 2014. It was his time in college, while he pursued a Bachelor of Science in Justice Studies and a personal goal of becoming the first member of his family to attend and complete college, that he discovered a deep passion for helping others--regardless of the endeavor.

As a father of two girls, Corey enjoys spending his free time with his two daughters--Harmonie and Addison. When he's not with family, you can usually find him with his face in a book. Passionate about history and government, Corey hopes to go into local politics in the near future.

Our philosophy is simple: clients come first. We pledge to be in constant communication with our clients, keeping them fully informed throughout the entire buying or selling process. We believe that if you’re not left with an amazing experience, we haven’t done our job. We don’t measure success through achievements or awards, but through the satisfaction of our clients.