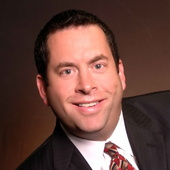 Kevin Cottrell - Chief Economist and the rest of the Cottrell Relocation Team are at your service for clients moving within the Austin Metro area or relocating into Austin. Call us today!

Get to know Kevin Cottrell

Kevin Cottrell from Re Max Austin Skyline is one of the top Realtors in the Austin marketplace.  Kevin specializes in selling Austin Realty throughout the Austin metro area.  One area of specific focus for Kevin and the Cottrell Realty is Circle C Ranch.

Circle C is very large desirable community in Southwest Austin.Kevin Cottrell and the Cottrell Relocation team have focused quite a bit of attention on one of the largest masterplanned communities within Austin Circle C.  Circle C Ranch is located just 15 minutes from downtown Austin and covers more than 4000 acress with ample hike and bike trails, an award winning swim center, parks and lots of recreation areas.  Its a much sought after area for both Austin area home buyers as well as always on the must see list for home buyers relocating to Austin.

Kevin moved to St Louis MO in 2006 from Austin to join his wife Stephanie, a Team Leader with Keller Williams St Louis. Kevin launched a team, The Cottrell Realty Group, which rapidly grew in prominence in the St Louis marketplace. The St Louis Business Journal ranked Kevin #9 in 2008 on the list of the highest-selling residential real estate agents in St Louis.  Continuing on this success, Kevin's team was ranked #3 in St. Louis in 2009 based on closed transaction volume.  Kevin and his wife relocated to Austin in January 2011 from St Louis.

While in St Louis, Kevin was the most often quoted news source and expert in the St. Louis Real Estate Marketplace -including stories in media outlets such as the St. Louis Business Journal and St. Louis Post Dispatch.

Kevin is also coached by the Mike Ferry Organization – considered the preeminent coaching program for the best agents in North America.

We Specialize in Austin Housing and Austin Realty throughout the Austin Metro, Travis County and Hays County areas

We cover the entire Austin metro market for Austin residents looking to move within the marketplace or for buyers who are relocating into Austin from outside of the area.  We also offer an excellent video resource for those looking to learn more about relocating into Austin and the different Austin areas in which you can reside, Austin lifestyle, Austin recreation and activities.  Please visit Austin Realty Relocation Guide today to learn everything you need to know before you arrive in Austin as a new resident.

If you're looking for property in a large master planned community such as Circle C Ranch , Avery Ranch, Steiner Ranch , Belterra or Barton Creek West - we have dedicated resources and extensive experience in helping buyers and sellers in these areas.  Additionally, we have a dedicated website which offers extensive video and photo coverage of all things about living in Circle C in Austin.  We're sure you'll enjoy visiting CircleCToday.com

Austin is one of the most technologically advanced and competitive markets for real estate websites in the entire country.  We spent more than a year developing the Austin Real Estate Today website with a goal of offering one of the most advanced Austin home search website to buyers.  With that in mind, we have developed the ability to Search for homes by Austin Neighborhoods, Search for homes by Austin School District, Search for Austin Real Estate by Zip Code