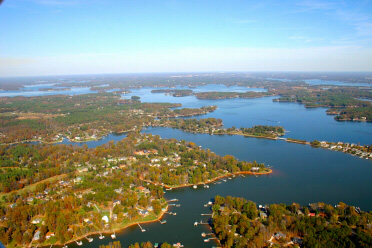 Get to Know Christy Walker

As an established broker with 26 years of experience, integrity, and hard work in the residential real estate market, I know that buying or selling a home is one of the most important and exciting transactions you will ever make. With that in mind, Christy Walker & Associates makes up a team of six real estate professionals committed to making the sale or purchase of your home top priority. Exceptional customer service, attention to detail, and the commitment to make your real estate transaction awesome is a goal we take seriously. Your satisfaction is our success; let us exceed your expectations!

Kris Morton is a native Charlottean with over 7 years of professional real estate experience serving Lake Norman and the greater Charlotte area. After growing up in Southeast Charlotte and graduating from South Meck High School, she graduated from UNC-Greensboro with a BA in Marketing/Communications. After several years of working in corporate marketing she realized that something was missing and she decided to pursue real estate. Kris has since then found the pleasure of helping my clients to find homes in and around the Charlotte area. Many of her clients are either repeat customers or referrals which is the highest compliment that she can receive. Kris worked as a member of a top producing team earning the Double Centurion award and the coveted Quality Service Pinnacle award attesting to the high level of service and personalized attention she offers to customers and clients. "I am not looking for the next big sale – I am looking for a long term client relationship. I believe that a honest, reliable relationship between myself and my clients is the key to achieving a client for life."

Todd grew up in Clearwater, FL where he attended Clearwater Central Catholic High School and St. Petersburg College.  He is a United States Marine Corps Veteran of the Gulf War.  During his service Todd spent several years in the Carolinas and returned in 2005 when he moved his family to Charlotte.

After his service Todd spent many years in the staffing industry before starting his real estate career in 2002.  He has successfully practiced real estate in Florida, South Carolina and North Carolina, reaching a multi-million dollar producer level each year since starting in the business.   Todd serves his customers with the same work ethic, dedication, loyalty, and integrity he was taught in the service and has practiced every day of his life since

Todd has been married to his wife Lisa for 23 years.  They have a daughter Jessica attending Florida State University and a son Jacob at East Lincoln High School.  In his spare time Todd is an avid Triathlete and a multiple Ironman finisher.  He is a Certified Personal Trainer and USA Triathlon coach.

As Listing Manager, Amanda builds relationships with Sellers through Communication, maintains MLS Inventory, provides feedback to Sellers through CSS, manages the Accounting, and all initial paperwork and contracts between Christy and the Sellers.

We are here to help you through every step of buying & selling a home. As local residents, Realtors & Brokers of the Lake Norman area, we can provide you w/information on any of your real estate needs