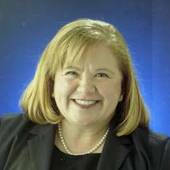 A lifelong resident of the Charleston, SC area and former Mayor of Mount Pleasant with a passion for helping families in the Charleston area...I look forward to helping you find your own space!

Get to know Cheryll Woods-Flowers

The yardstick Cheryll Woods-Flowers uses to measure her success as a real estate agent has little to do with her annual sales figures. The Coldwell Banker United agent prefers to assess her accomplishments based on the numerous satisfied clients she has helped in the past fifteen plus years. In all honesty, Cheryll never held a sales job before she launched her real estate career, but she was well-prepared for a profession where personal service can draw the line between success and failure. Cheryll points out that her 14 years in city government provided a solid foundation for her current career. Her resume includes six years as a member of the City Council and eight years as mayor of Mount Pleasant, one of the fastest-growing municipalities in South Carolina, in addition to a lengthy list of people-oriented community service activities.

"As mayor, I learned to communicate well and respond to peoples' needs. In public office, especially when you're sitting in the big desk, you really have to be able to respond in a timely manner to the concerns of the people you're working for. I consider what I do not so much sales as taking care of people. That's exactly what you do when you're in public office,"

Cheryll, who sells all types of residential property throughout the Lowcountry, from Summerville to the coast, said each client is different and each has unique needs. For example, some people care only about price, while others want to live in a specific community or send their children to specific schools. As a lifetime resident of the Charleston area, she has gained the knowledge and insight to help her clients find the perfect home.

Cheryll, who has lived in East Cooper most of her life, earned two degrees from the College of Charleston, a bachelor's in Business Administration and a Master's in Accountancy. After leaving public office, she worked as an accountant and as chief financial officer for the Carolina Youth Development Center, soon realizing that she wouldn't be happy sitting behind a desk all day.

"I was pretty miserable being in one place for an extended period of time," she commented.

She has no regrets about how she chose to solve that problem. She said the most intriguing aspect of the real estate business is that success is limited only by the amount of effort a person wants to put into his or her career.

"It's a wonderful opportunity. You have to be willing to work extremely hard, but I really feel like I made the right decision. I'm about as happy as I've ever been in my life," she said. "I like having the chance to meet new people and help them make one of the most important decisions they'll ever make. It's great to be a part of that."

Cheryll and her Mount Pleasant Home Team are the only group of South Carolina Lowcountry Realtors that can best suit your needs, because they don't just live and work in the Lowcountry, they are the Lowcountry!

What Is going On In The Charleston SC Area This Weekend?

I specialize in assisting buyers and sellers in the Charleston, SC area including Mount Pleasant, Sullivans Island, Isle of Palms, Daniel Island, James Island, Summerville, Goose Creek, Hanahan, North Charleston, Folly Beach, and Awendaw.  I love to work with first time homebuyers but I work with buyers and sellers in all price ranges.  I am an Accredited Buyers Agent,  an Accredited Luxury Homes Specialist, and a Military Relocation Specialist.

In 2005 I was awarded the Order of the Palmetto by then Governor Mark Sanford, the highest civilian honor in the State of South Carolina.  Named College of Charleston Alum of Year in 1995,,