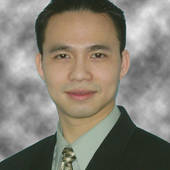 Get to know David Nguyen

David Nguyen has been a Lancaster resident since 1998. In 2004, David received his B.S. Degree in Finance from Pennsylvania University and in 2005 received his Associate Degree in Business Administration from Harrisburg Area Community College. David has been a Licenced Real Estate Agent since 2006; he especially specializes in residential homes and investment and commercial properties in the Lancaster, York and Harrisburg areas. David is also fluent in Vietnamese.

bookmark_borderbookmark
Mortgage / Finance – about 11 years ago