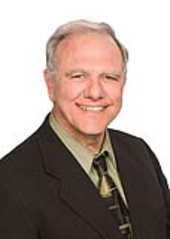 Get to know David Foy

David Foy has been working in the real estate industry for more than 35 years.

His career achievements include more than 4,000 closed sales with a volume of nearly $500 million. Based on performance, David is ranked in the top 1/2% of all national real estate agents and highly regarded within the industry for his integrity, experience, and professionalism. The annual public survey by Twin Cities Business Monthly and the Mpls. St. Paul Magazine selects the coveted award winners designated as “Super Real Estate Agents in the Twin Cities.” David has received this title each consecutive year.

The David Foy Group now has partnered with the most progressive, cutting edge national Real Estate company, Keller Williams Realty. Keller Williams has become has become the number two real estate company in the nation based on approximately 83,000 agents and over 750 offices. Keller is ranked as the most innovative real estate company by Real Trends and is also named the highest ranked in home buyer satisfaction by J.D. Power & Associates for its third straight year.

Experience matters and a strong point is David’s ‘real world’ product knowledge; residential and commercial, existing and new construction, plus all the complexities of real estate.

David graduated from Bethel University with a degree in Business and Economics and he holds a wide range of top industry designations.

Since 1987, David and his family have resided in Corcoran, MN, where he served as a general contractor in the construction of his own log home on 15 acres. He and his wife Heidi have been married since 1980 and have 6 children. They are very involved in volunteer work at their local church. He is also involved with Camp Shamineau in Motley, MN. David’s hobbies include hunting, fishing, snowmobiling, and working in his woodshop.