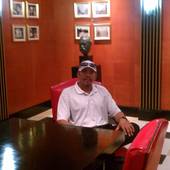 Get to know Ed Santana

Our Water Infiltration Analysis service provides moisture analysis of any structure with EIFS or Stucco cladding. The purpose of this inspection is to find excessive moisture content in the structural cavities and framing. Using industry standard inspection techniques and our high-resolution

infrared thermography, we can identify sources of moisture intrusion. The observations are all documented in a detailed written and photographic report.

This service is required on all field-applied EIFS installations of 10,000 SF or larger by the Building Officials Code Administrators International (BOCA Model Code).

Pre-Purchase Inspection services are provided to owners, appraisers, and relocation services to ascertain that the EIFS is installed according to the system manufacturers.

Our Construction Inspection services are provided for all commercial and residential EIFS applications. We are available for nationwide travel to your site.

Mold may be getting all the attention at the moment as a major threat to insurers, at least in Virginia, Texas, Florida, and California, but another problem has wreaked havoc for homeowners, insurance carriers, and contractors nationwide for several years now–damages stemming from Exterior Insulation and Finishing Systems (EIFS), often referred to as fake or synthetic stucco.

EIFS wall systems are exterior cladding systems used on both commercial and residential structures. Typically, EIFS consist of an exterior finish, a reinforcing mesh, an insulator such as polystyrene, an adhesive to bind the insulator to the building, and foam board attached to the building itself. These systems have been touted as energy-efficient and flexible enough to accommodate myriad building and home designs.

EIFS has been in use for quite some time. Developed in Europe to repair buildings after World War II, the finishing system was first used in the U.S. by Dryvit in 1969, for commercial structures. In the 1980s, the residential construction industry began using EIFS, and since its introduction, homeowners from North and South Carolina to Alabama to California and Washington have reported property damage due to moisture. Homeowners in states with humid climates have been most prone to EIFS-related damages.

Problems arise when moisture is retained between the sheathing of a house and the foam board component of the finish system. Over time, the house’s sheathing may rot, and attract termites. In addition, where there’s moisture, there’s always the potential for mold to develop. About 30 manufacturers in the U.S. make EIFS. EIFS is used in only 2 percent of the residential construction market. These systems have been applied in the United States and Canada for over 25 years and continue to grow in popularity. Currently, approximately 285 million square feet are applied annually, and the market continues to grow about 12 percent a year.

The problem is that the Styrofoam-type material does not breathe, and if it’s not properly installed—and that’s the critical issue–moisture can get trapped and cause sheathing damage. Some people would assert that even if it is properly installed, the design itself inherently causes moisture in a moist climate. Property damage related to EIFS wall systems has proved a highly litigious issue: The first class action suit against EIFS manufacturers was brought in North Carolina in 1995.

How do I know it is done right ?

It is recommended by many manufacturers to have an independent inspection during the installation of EIFS. A trained, knowledgeable inspector understands the proper installation of EIFS and is a valuable person to have by your side to ensure a quality project. Reputable contractors do not want problems down the road and welcome independent inspections. Modern Wall Systems provides third party inspections. Call Toll-Free on (757) 748-5052 to learn more.

bookmark_borderbookmark
ActiveRain Community – about 10 years ago

Estimates. Should Contractors Charge For Estimates?

bookmark_borderbookmark
Thought Leader – about 10 years ago

bookmark_borderbookmark
Home Improvement – over 13 years ago

Modern Wall Systems is a full-service contractor that can essentially assist clients from the conception to completion of their projects. Our services include:

Delivery Methods On Point Consulting builds a diverse range of projects for both public and private clients under a variety of project delivery methods, including: