Biography: 40 Years of Experience, PLUS a Personal Guarantee of 100% Client Satisfaction.

Quoted Source for CNN / Sacramento Bee, among other media.

Homebuying expert at About.com's The Balance

Author of "How to Buy Property Outside Your Home State," published by Impact Publishing

I started in this business in 1974 as a title policy typist for First American Title in Lakewood, Colorado. We used carbon paper and typewriters, before the days of the self-correcting IBM Selectric II. If we made a mistake, we had to scrape off the carbon imprint, insert torn pieces of carbon paper between multiple sheets of paper and retype the letter or word until it stuck.

I went stir crazy, asked for a promotion to title searcher and moved to the Boulder office. Every day I would trot over to the Boulder County Courthouse in six-inch heels. I stood on my feet for eight hours a day, heaving the gigantic Grantor and Grantee books to the counter, thumbing through alphabetized sections to trace a chain of title. I used a protractor to draw out metes and bounds descriptions. Do you know there are more names filed under the letter S than any other letter of the alphabet? When I found a gap in title, I used the tax rolls, death certificates and marriage license records to figure out what happened.

Surprisingly, when I later moved to California and applied to work at a title company, I was informed that most of the searches were performed on Microfiche (a machine that slides negatives under a magnifying glass), so nobody had to know how to conduct a title search at the courthouse. First American suggested I go into escrow instead.

I started as an escrow secretary at Stewart Title in Santa Ana. Within a few months, they promoted me to escrow officer. The following year I earned Certified Escrow Officer status and completed two years of college courses in real estate. I earned my Certificate of Completion in Escrow and my Certificate of Completion in Real Estate from Coastline Community College.

By the late 1970s, interest rates were double digits, buyers were falling out of escrow and most agents were turning to creative financing. I handled a lot of land contracts and lease option sales, building up a respectable following among real estate agents. One day an agent came into my office to complain that a savings and loan association turned down his buyer. He asked me how he could pull the deal back together, and I gave him a few ideas. That's when it dawned on me. He was making $10,000 for that transaction, and I was making $300. I was in the wrong end of the business. LOL.

I became a real estate agent, a year later earned my broker's license and bought the company where I worked. When my mother was diagnosed with breast cancer, I returned to Minneapolis to care for her, where I stayed for almost 10 years. During that time, I formed Equity Enhancement, a home improvement and staging company that sold pre-listing advice and services to sellers. I also bought, fixed up and sold a half dozen homes, doing all the work myself.

I can install skylights, refinish a basement, put in a fireplace, build a garage, and more. Along the way, I volunteered to work a second job as a marketing and communications director for a nonprofit, but my focus was always real estate. When my mother died in early 2002, my husband and I moved to Sacramento. I quickly reactivated my real estate license and joined the downtown office of Lyon Real Estate.

A few years later, I accepted additional work as the Home Buying & Selling Guide at About.com, known as The Balance today. I'm a person who can never have too much to handle at one time. My main focus is serving buyers and sellers in the Sacramento Capitol Core Region, and I sell within a four-county area. I think about real estate when I wake up in the morning, and it's often the last thing I think about at night. I love this business!

I worked my way up the ladder from not knowing a soul in Sacramento in 2002 to earning status as Top 25 Real Estate Teams in California. The Elizabeth Weintraub Team sells about $30 million annually. As of March 28, 2019, we are now affiliated as Weintraub & Wallace Realtors at RE/MAX Gold, Sacramento, and in December of 2021, I am now an independent broker. 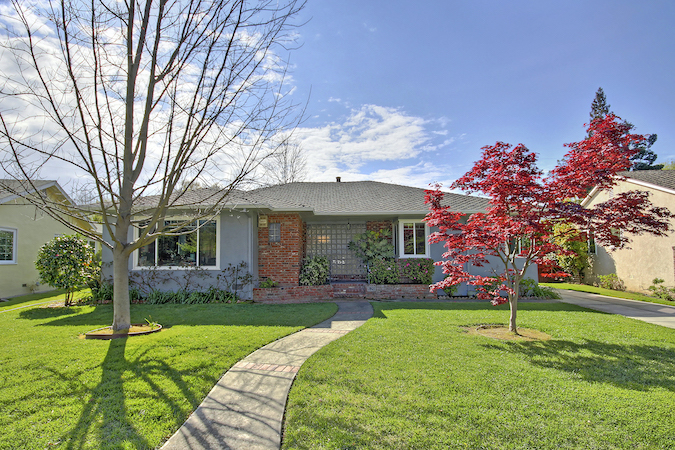 Home Buying over 1 year ago
bookmark_border
LAND PARK HOME FOR SALE AT $695K
Just for Fun about 3 years ago
bookmark_border
How Bad Can Tendonitis Get? You may have noticed I have not written for a while. Maybe not. However, I am proof that tendonitis can be so bad I can't type or write or do anything, really, ...
Home Buying 12 months ago
bookmark_border
Pet Peeve of Listing Agents is Home Buying Sight Unseen One of the services I offer my Sacramento sellers is, upon receipt of an offer, I always check MLS to find out if the buyer's agent had accessed the lockbox. We ...
ActiveRain Community over 3 years ago
bookmark_border
Sacramento's Secret Homes for Sale and Ring.Com In our days of limited inventory this spring, it is not unusual for homes to sell that are not listed in MLS. We all need to be creative to continue to prosper ...
Certifications

My practice is sole seller representation. I do not handle dual representation, although legal, it presents too many conflicts. My specialties include, but are not limited to: