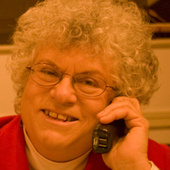 Get to know Ellen Friedman

Real estate is a second career for me, one to which I came well-prepared.  I have owned, renovated and sold property in many different places, ranging from New York City to Cambridge, Massachusetts to Nerja, Spain.  My experience as a real estate investor and in negotiations and academic politics has provided me with the skills needed to negotiate the best possible real estate deal for you.  I have successfully transferred this expertise into a thriving real estate business. Residing in the Cambridge/Somerville area for the past 32 years, 26 years as a Cambridge homeowner and six years as a Somerville homeowner, has given me a broad knowledge of both communities, as well as the surrounding ones.   I have been active in community affairs in both cities.  In Cambridge I was a member of the board of directors of the Agassiz Neighborhood Council and served on several committees of the ANC that met regularly with Harvard and Lesley Universities regarding their plans for the neighborhood.   I was one of four Agassiz residents who successfully negotiated for two years with Harvard University regarding its North Campus expansion and experience that gave me the opportunity to hone my negotiating skills.  The result of our efforts was a memorandum of understanding between the community and Harvard that brought substantial  financial and lifestyle benefits not just for the Agassiz community but for residents of the city as a whole.   I served a two-year term as a member of the board of the Cambridge/Agassiz/Harvard Community, Culture and Education Fund, which was created by the agreement with Harvard.

I am currently a member of the Board of Directors of Somerville Cambridge Elder Services, of the Advisory Council of the Cambridge/Somerville Area Agency on Aging and an elected member of the Ward 3 committee.A native of New York City, I received a BA in Political Science from New York University and a PhD in History from the City University of New York Graduate Center.  I taught at the University of Kentucky for two years and then moved to the Boston area in 1979 to join the faculty of Boston College, where I was a full-time member of the history department until my early retirement in 2005.  I continue to teach one course a year at Boston College.

* Move up buyers and sellers

• Academics seeking an agent who understands their needs