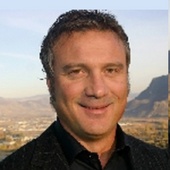 Get to know Eric Putoto

It is no wonder that Kamloops, BC is a popular destination for tourists - and for buyers in search of residential or investment property set in a beautiful location.  The 13 agents at Kamloops Platinum serve buyers and sellers in Kamloops, Chase, Shuswap Lake, Sun Peaks, Savona, Kamloops Lake, Barriere, Clearwater & North Okanagan, South Shuswap BC, Logan Lake, Pritchard, and Heffley BC.

Kamloops, the City of Rivers, is located in central British Columbia where two branches of the Thompson River come together and near Kamloops Lake.  Home to over 96,000 people, Kamloops is the 37th largest city in Canada.  First inhabited by the Shuswap Nation, part of the area is an Indian reserve (the Kamloops Indian Band) located north of downtown and outside the city limits.  Communities such as Rayleigh and Heffley Creek are accessible only by passing through Indian Band Lands. The main part of the city lies in the valley where the rivers meet, and suburbs are stretched out along the branches of the river and along hillsides on the south and northeast.

Kamloops started as a fur trading post but gold mining and logging helped the area develop.  Currently, Kamoops is a center for primary resource processing of paper, plywood, cement, and copper - and for education!  Thompson Rivers University is the city's largest employer and serves 10,000 undergraduate and Masters-level students in its 10 locations and distance learning program.

Despite its location near water, the climate is considered semi-arid and features early springs, hot summers, with low humidity short falls, and short winters.  All of this makes for a hospitable location for the many recreational opportunities that draw tourists to the region.  Visitors to the recent 2010 Winter Games in nearby Vancouver were smitten by the region.

Kamloops is trademarked as "Canada's Tournament Capital and has hosted IIHF World U20 Championships (2005-6), the BC Summer Games (2006), and Boys' and Girls' Basketball National Championships, among numerous other meets and matches. The  Tournament Capital Centre has a 65,000 sq. ft. indoor track and field facility.  Its Sun Peaks Resort is a major destination for skiing and snowboarding.  Kamloops.  Considered the hot spot for Canadian golf, features six major courses nearby.  The city also features a BMX Bike Track and an aquatic center.  All this is not only fun for locals and tourists, but is a lure to Olympic athletes in training.

bookmark_borderbookmark
Home Selling – about 10 years ago

Is your Kamloops House Overpriced?

bookmark_borderbookmark
Home Improvement – over 2 years ago

Tile or Concrete? Which is the best flooring choice for your Kamloops Home?

Keeping friends close after your move to Kamloops

The team at Kamloops Platinum Realty uses the latest technology to assist buyers and sellers.  As of January 2010, Platinum Realty Inc. is the first in Canada to offer the Maximum Value Home Selling System® and exclusively represent it in the Kamloops area.  This is a proven home selling process that thousands of home sellers have used to sell their home for the highest possible price in the shortest amount of time.  Kamloops Platinum Realty agents have undergone rigorous ongoing training to stay abreast of the techniques that work in a competitive market.  Our sellers learn how to prepare and price their home for quick sale.

Buyers, meanwhile, are offered VIP Status and the exclusive Buyer Profile System which allows them to pick homes to view before other buyers even know about them.  Buyers gain early access to newly available homes through weekly updates, only tour homes of interest to them, and are in a position to put in an offer on a home before others have even seen it.  Our superior negotiating skills help them seal the deal.

In both cases, we promote our properties so that both buyers and sellers can fulfill their real estate goals quickly and to their utmost satisfaction.  Our clients agree as our testimonials below attest.

With a proven systems to buy and sell property and happy clients, it's no wonder that Kamloops Platinum Realty is growing.