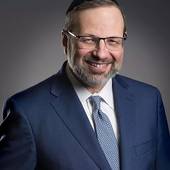 Get to know Ezra Beyman

Ezra Beyman is an experienced professional who works in the real estate and financial services industries. By using his in-depth knowledge of both industries, his leadership skills and entrepreneurial spirit, Ezra has forged an incredibly successful career for himself. He has earned the respect and admiration of his peers and community. Ezra currently serves as the chairman, CEO and president of Empire American Holdings, LLC.

Ezra's interest in real estate stems back to his younger days. After earning his First Talmudic Degree from Mesivtha Tifereth Jerusalem, Ezra used his entrepreneurial ingenuity and formed Empire American Holdings by purchasing several units in the East Coast.

Eventually, through determination and grit, Ezra was able to grow his business into a nationally-known chain. Currently, Empire American Holdings manages a varied portfolio of 328 residential apartments scattered trhroughout 17 US states. Ezra Beyman is responsible for overseeing this diverse portfolio through renovations, financing, management and even acquisitions.

Ezra is also heavily invested in mortgage brokerages; he founded Empire Equity Group on his own, and after several years of hard work and perseverance, the company grew and now operates more than 200 offices throughout the country.

Outside of work, Ezra Beyman is heavily involved in philanthropic work and thoroughly enjoys assisting others. He believes that working together will improve the world and make it a safer, stronger place.

Ezra Beyman helps highlight some of the most popular cities for Millennials to purchase homes in.