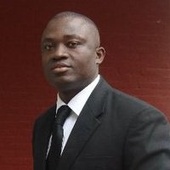 I sell and list homes in Clarksville, Fort Campbell area.

Get to know Frank Ansah

My name is Frank Ansah. I live in Clarksville with my beautiful wife Jennifer and two boys Frank JR. and Joshua.

I am originally from Africa Ghana. I moved from Ghana to United State of America to join my parent inc Clearwater, Florida  in December 2002.  In April 2003, I joined the United State Army and served in the Army  until November 2012. While i was in the Army, i was stated in Fort Campbell, which was my last duty station before I was medically and honorably discharged because of the injury i sustained while i was deployed to Iraq.

I know about relocation, about the military, about buying investment properties, about home ownership and i can help you too.