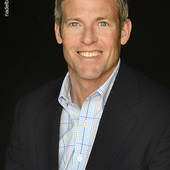 Find one-of-a-kind Santa Fe homes and properties. When you are ready to make a move, contact one of the most experienced and knowledgable Brokers in Santa Fe.

Get to know Matt Desmond

Matt Desmond has lived and worked in Santa Fe, NM since 1991. He began his real estate career in 2005 with French & French which later became Sotheby's International Realty. Subsequently, Matt moved his license and eventually worked as a qualifying broker managing one of the largest real estate companies in New Mexico. He has since moved back into full time real estate sales and has now returned to be with leading luxury real estate brokerage in Santa Fe, Sotheby's International Realty.
Matt has a diverse education and background. While attending school near Boston he earned a BA in Biology and completed a year of Exercise Physiology research. Post college he worked with a Biotech start-up in Santa Fe doing molecular toxicology research.
Matt's career path took a turn in 2004/2005 and he began his career in real estate. In addition to selling residential real estate, Matt has had several unique opportunities to broaden his knowledge in the profession. Matt worked as a Project Development Manager in the energy industry, building utility scale wind and solar projects. He also consulted for a transmission line company building projects throughout the Southwest. These roles required technical research, securing land for projects, permitting and interaction with various specialists including biologists, engineers, attorneys, etc.
Matt assisted in the drafting of the Best Management Practices (BMPs) for the State of New Mexico and a Renewable Energy Ordinance for Lincoln County. Matt has worked as a consultant for Santa Fe County and has consulted with utilities and telecom companies acquiring easements in rural Northern New Mexico. As a part of these efforts, Matt has been involved with several of the largest landowners in New Mexico and frequently interacted with landowner associations.
Matt built his real estate business utilizing his knowledge of technology- including the internet and social media. Given the trajectory of the industry, this continues to be his focus and passion.
Outside of real estate, Matt is an avid Triathlete and has completed 26 Ironman triathlons. In their free-time he and his wife enjoy coaching their daughter and other kids through a program they founded in 2013 called the Santa Fe Multisport Juniors. This program introduces kids to the sport of Triathlon.