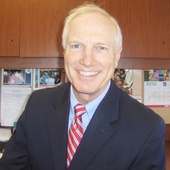 When you are new in town, you need someone who isn't. A native Summervillian, Foster will help you to find the best place for your family to call home.

Get to know Foster Smith Summerville

I have enjoyed helping people relocate to the Lowcountry of South Carolina for most of my life. I specialize in assisting and educating my clients on the area so they can make the wisest decision for the future of their family and their economic future. Seeing my clients thriving and enjoying their new home and area is the ultimate goal.  At www.HomesofSummerville.com you will find all of the information you need regarding Charleston Real Estate and Summerville real estate. Featuring direct access to the Summerville & Charleston Multiple Listing Service (MLS), community information- including the latest on New Homes in the area, featured communities, my Summerville & Charleston real estate blog, resources for military families, Summerville and Charleston Golf Communities, Charleston Waterfront Properties, and Historic Summerville and Historic Charleston homes.

A past client wrote..."Thank you for your your patience, wisdom, and skill in all you did for us to make this move a reality!!! It was more than just a job well done; for us it was helping friends accomplish a difficult, much-desired dream!"
Foster would love to help you in your move to South Carolina!

bookmark_borderbookmark
Home Selling – over 1 year ago

Home for Sale in Buckshire in Summerville, SC - JUST SOLD!