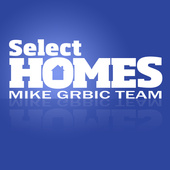 Get to know Mike Grbic

Mike was born in Seattle, WA but grew up in Towanda, Kansas. “I owe much to my parents, my parents are definitely the reason for my work ethic and drive.” He is without a doubt, the “Hardest Working Realtor in Town” and prides himself on that.   Mike attended the USAF Academy in Colorado Springs. He has also owned several other local businesses. He attained his real estate license in 1994 and later implemented the team concept in 2002. Once the team concept was implemented his real estate business excelled to a new level. Mike spends most of his time selling real estate and helping the team implement new systems and technologies. He thrives on staying on the cutting edge and thinking outside the box. Mike believes, “The customer is our ONLY focus. If you ask yourself, what does the customer want and start there.....you can’t go wrong.”   Mike and his wife Jamie live in east Wichita. When he is not busy selling real estate, Mike enjoys playing ice hockey, skydiving, running half marathons, and enjoys spending time with his wife, family, and friends. Mike also has his private pilot's license and enjoys flying as often as possible. As Mike would say, “The weather is always good above the clouds.”