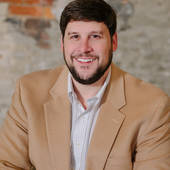 Get to know Gusty Gulas

Gusty Gulas is Broker/Owner of Brik Realty and Team Leader of the Gusty Gulas Group, Birmingham's #1 Team. In the last two years, Gusty's team has sold over 500 homes. Gusty is currently the Top Rated Realtor on www.Zillow.com and www.Trulia.com in the greater Birmingham AL area with the highest rating and most reviews. Gusty is the Treasurer of the Birmingham Alabama Association of Realtors for 2016 and on the leadership path to be President. Gusty's past professional accomplishments include: 308 Homes Sold in 2015, 233 Homes Sold in 2014, 169 Homes Sold in 2013, 101 Homes Sold in 2012; 2011 Birmingham Business Journal Top 40 under 40; 2007 Rookie of the Year Finalist for the Birmingham Association of Realtors; Million Dollar Club 2007-2015; and Short Sale and Foreclosure Resource (SFR) Professional Designation. Gusty is married to the former Katie Minton of Gadsden Alabama and they have two dogs named Ali and Sushi. Gusty received his Bachelor of Arts in Communication in 2003 from The University of Alabama in Tuscaloosa and was a member of Lambda Chi Alpha social Fraternity. Gusty's hobbies include: Alabama Football, Concerts, traveling and Golf.