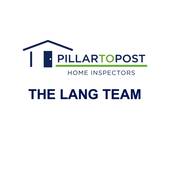 Pillar To Post aims at serving our customers. We provide thorough & accurate home inspections. They are reviewed with you on-site and emailed the same day. Call or text 909-989-5114.

Get to know Joseph Lang

Buying a home is a stressful experience and usually your largest investment.  We will help you in this process by providing an objective, thorough and professional home inspection report. We perform home inspections full-time and carry a $1 million Error and Omissions insurance policy and General Commercial Liability insurance. We also invest in our business to provide you with the best home inspection.  We carry over $4,000 of equipment including iPads, infrared cameras, moisture meters, 360 cameras, drones, laser thermometers, ladders and more.  We'd love to earn your business!

The Lang Team of Pillar To Post consists of 3 full-time inspectors, and a full-time customer service representative.

We perform our home inspections in accordance with the ASHI Standards of Practice (click on these words to view them).

The report will be reviewed on-site, and emailed that same day, so there's no waiting.  It includes color pictures, a summary, a detailed report and comes in a hard binder.

We have been performed home inspections since 2004 and have inspected over 6,000 homes: From homes built in 1889 to brand new construction, from small condos to 12,000 sq. ft. mansions, and even larger commercial buildings.

Please read my blogs by clicking on the upper left hand section of this page under My Blog," to get a better feel for us and how we think.  You can also see some of the issues we encounter during home inspections.

What's Under Your House?

More Than Meets The Eye

What's on Your Roof?

Pillar To Post has been around since 1994. We have been ranked the #1 Home Inspection franchise for 6-years in a row by Entrepreneur Magazine. We are here as your local franchise, performing home inspections in Rancho Cucamonga, Alta Loma, Etiwanda, Upland, Chino Hills, La Verne, Claremont, San Dimas, Chino, Montlcair and surrounding areas. Though we are a franchise, your local franchisee, Joseph Lang, owns and operates the local territory, therefore you get the benefits of an international home inspection franchise but the service of a family owned business.  We are a vertified member of the American Society of Home Inspectors (ASHI # 247295).

Joseph Lang was featured on the front cover (and page K14) of the Real Estate section of the Los Angeles Times on Sunday August 26, 2007 in an article about pre-listing home inspections.  See below.

Joseph is a lifetime resident of Rancho Cucamonga and has owned the local Pillar To Post home inspection franchise since 2004.  He is married to a wonderful woman, Sylvie, and have four children: James, Joseph, John Paul and Gianna .  Family is very important to him.

Joseph began his college education at Cal Poly San Luis Obispo as an Agricultural Engineering major.  However, after some maturing and soul searching, he decided to change his major and move closer to home. He transferred to Cal Poly Pomona and earned his Bachelor's Degree in Behavioral Science and a minor in Criminal Justice and Corrections.  He was named the "Outstanding Student in Criminal Justice and Corrections for 2002-2003".  He served the community as a Probation Officer from 1999-2004.  He then had the desire to merge his technical skills with his social skills.  As he researched businesses, he saw the opportunity to use is technical and social skills as a home inspector.  He joined the #1 home inspection franchise, as rated by Entrepreneur Magazine, in 2004 and received top-notch training and have been providing home inspections ever since.  To him, home inspections is one of the "helping" professions.