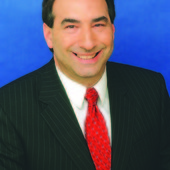 Since 1997 I have been providing clients with my "First Client" approach. I believe in going beyond what's expected, to providing the best exceptional service possible.

Get to know Jeffrey Samuels

Jeffrey's passion for Hawaii real estate and the Hawaiian community can be easily measured by his results. He has been Hawaii's number one broker for the past 10 years, has been consistently recognized on Hawaii Business Magazine's annual prestigious Top 100 Realtor award program and has been selected as a member of Luxury Real Estate (an exclusive organization of over 700 of the world's top luxury brokers). These accomplishments are made possible because of Jeffrey's dedication to customer service, his marketing expertise and his extensive industry knowledge. Jeffrey is committed to creating a winning real estate experience for all his clients. He would love to share more about his philosophy and strategies with you.

bookmark_borderbookmark
Home Buying – over 7 years ago

Number 1 in Unit sales for the State Of Hawaii.

April 23, 2019, Irene worked with Jeffrey but at different companies

I admire and respect Jeff Samuels’ strategic thinking and unique vision. His marketing skills are unparalleled and his talent in sales is on such a laudable level that he should be giving masterclasses on this topic.

Few realtors can compete with this class act. JeffJeffrey provides outstanding service and manages every detail until the deal is done.

March 11, 2018, Jon worked with Jeffrey but at different companies

Jeffrey is a seasoned and successful real estate agent and business owner. I've known and worked with Jeffrey for ~20 years and have witnessed the rise of his company from a start-up to him and his team being a major force in Oahu real estate.

August, 2018, Michael was a client of Jeffrey’s

Jeffrey Samuels has marketed and sold many of my company's investment properties with the highest level of professionalism, market knowledge, and expertise. I look forward to utilizing his services for many more properties this year and beyond.

Gloria Almendares
Principal Broker at Realty By The Sea, LLC

September 6, 2017, Gloria worked with Jeffrey but at different companies

Jeffrey was great to work with. His company offers great opportunities to conduct Open Houses and sit all of his listings. Jeffrey is a marketing genius, he has figured out a way to get a huge slice of the R.E. through excellence in service and marketing.

I have been involved with advertising and print for 30+ years and have worked with Jeffrey for 6. While others retreat due to market conditions, Jeffrey would double down, to great effect. I have learned a lot from watching his sales and marketing decisions. His only detractors have been his competitors.

May 29, 2015, Mick worked with Jeffrey but at different companies

Jeffrey has managed to again rise above any market and do what he does best and as a result, develop a loyal following of customers and the respect of his peers.