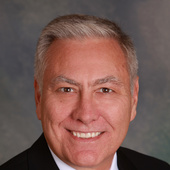 I am a professional sales person with over 20 years of experience. The markets I focus on are the resale residential buyers/sellers and FSBO and expired opportunities.

Get to know Jeff Coros

As a 10 year Naperville Area Real Estate Agent, Jeff knows the real estate market well not only in Naperville but also the surrounding towns—beautiful places to live and raise a family. From Naperville’s Riverwalk and Ribfest to Lisle’s Eyes to the Skies, Aurora’s RiverEdge Park, Bolingbrook’s Promenade—this area is both family-friendly and date-night-exciting. Jeff has strong ties to the community as a 22 year Naperville resident. His daughter attended and taught in Naperville’s school district 203 and his wife is a past President, Lisle Naperville Day Care Association.

Having negotiated and closed multi-million dollar deals over a 20 year corporate career, Jeff is well equipped to negotiate the best price for your home. He treats every home sale with the same consideration he would as if it were his own. Jeff is committed to being a lifelong home experience partner by providing expert advice and referrals before, during and after every sale.

Jeff also believes in giving back locally. He’s a 9 year supporter of Naperville Exchange Club’s Ribfest, including as a past Sponsorship Chairman, and was first drawn to their mission to eliminate child abuse and domestic violence. Jeff also leads a $1.8 million Fox Valley Habitat for Humanity® fundraising campaign to build 20 homes because he feels that everyone should have a place to call home.