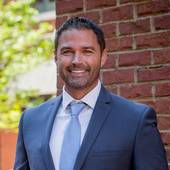 Get to know Jeremy Pape

In December of 2015, Jeremy opened his brokerage, CRT, Realtors®. He’s very proud of the growing number of agents who are joining him in this exciting venture.

Beginning his career in real estate in 2003, Jeremy became a founding partner of HER Realtors in 2009. He is a multiple Real Estate award winner, including Gold, Silver and Bronze Sales levels, Winner’s Circle Elite, President’s Club, and Top 10 awards in Closed Units, Success Rate, and Relocation Conversions. He recently received the Columbus Board of Realtors award commending him for reaching 25 Million Dollars in sales.

After graduating from Pickerington High School Jeremy continued his education at Ohio University where he completed a Bachelor of Science in Education. He was an officer in the U.S. Air Force and a C-130 pilot before and during his real estate career. He graduated from the following military programs: C-130 Tactical Airlift School, U.S. Air Force Pilot Training, U.S. Air Force Officer Training and U.S. Air Force Basic Military Training.

Quick Facts
Licensed Realtor since 2003
Licensed Broker since 2014
Proud Member of the Gahanna Chamber of Commerce, National Association of Realtors, and Columbus Board of Realtors.
Buyer’s and Seller’s Agent for properties throughout Central Ohio with extensive knowledge of the current market
Team of dedicated agents and support staff affords clients personalized, 24/7 assistance
Renowned contract negotiation skills to assure you the best return on your investment