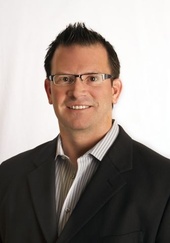 Get to know Jim Brooks

I have many years of successful experience in the Las Vegas market. I am constantly developing innovative programs for both buyers and sellers that give them added services without increasing the expense. As the times have changed, my team and I have continued to develop programs that give customers instant access to information, allowing them to capitalize on the best values throughout Las Vegas.

For sellers, I have developed programs that provide a guarantee on my services. With opportunities ranging from a 197+ point marketing plan; to access to 5,000+ local prospects interested in properties ranging from homes to condos; my team provides our clients with the edge in any real estate market.

•The Brooks Team was recognized as one of the top 250 Real Estate Teams in 2013: Out of over 1 million agents nationwide. -Real Trends, Inc

•I have helped over 1,600 clients achieve their real estate goals throughout Las Vegas

Call me direct at (702) 805-0808, to discover how I can help you with your MGM Signature High Rise unit, Las Vegas Short Sale, or general Las Vegas Real Estate inquiries, today. Please 'Like' The Brooks Team on Facebook for all the latest news on what’s going on with our team, great deals on properties we have for our clients, market trends, and much more!

Helping clients to achieve their goals at The Signature and throughout Las Vegas means constantly learning how to adapt to better serve our clients.  As the market changes, I continue to discover new information and earn new designations to ensure you are protected every step of the way. Visit our website, Las Vegas Homes, to see how we can assist you today

The Signature at MGM Grand

The Brooks Team on Activerain

The power of social media and how it helped our new website!

The Prudential nationwide network consists of over 58,000 real estate agents!

The Las Vegas network consists of over 1400 real estate agents!

-Master Designation from company for 2010

-Most Volume in Region for second, third and fourth quarter 2010

-Most Volume in region for first, second, third and fourth quarter 2011

-#1 Most Short Sales Sold in all of Nevada