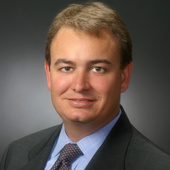 Visit my website to search all four multiple listing services in Volusia and Flagler Counties plus extra properties that are not publicly listed.

Get to know John Adams

John Adams serves as the General Manager for Adams, Cameron & Co. John is a native of the Daytona Beach area and attended several local schools including Seabreeze High School, Father Lopez, and St. Brendanﾒs. From there, he went on to Florida State University where he majored in Business Management with an emphasis in Information Systems. Later, he obtained an Executive Masters of Business Administration from the Kellogg School of Business at Northwestern University in Evanston, IL.

After College, John spent six years with Arthur Andersen's Business Consulting organization where he specialized in Business Systems and Business Process Improvement. He began this portion of his career focused on the Central Florida market based in Tampa where he worked with Florida companies such as Catalina Marketing, Enterprise Florida, Orange Lake Country Club (the largest single site timeshare, located near Disney World), Advanced Protection Technologies (based in St. Petersburg), Planet Hollywood, and Florida Power and Light. Later John moved to an international role based in Atlanta where he worked with several clients including Bank One, Spencer Stuart, National Association of Independent Insurers, Aquas Provinciales de Santa Fe (helping to privatize the water industry in Argentina), and Chrysler Corporation.

Most recently, John spent five years as the Chief Operating Officer of CoolSavings, Inc., a marketing company based in Chicago. There he helped CoolSavings to grow from a startup organization with fewer than 30 people to a publicly traded company with over 330 employees. Some of the clients that he worked directly with include financial companies such as American Express, MasterCard International, and Chase Bank; as well as grocery companies such as Safeway, Kroger, Proctor & Gamble, General Mills, and 3M; and large scale retailers such as Target Corporation, Best Buy, etc.

John and his wife, Rene, and their son are all very happy to reside in Ormond Beach.

John is very active within the local community. His volunteer and affiliations include: