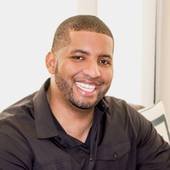 Get to know Kezie Odunukwe

Born in Boston, Massachusetts, Kezie Odunukwe relocated to Arkansas in 2009.  He attended the University of Oklahoma where he earned dual degrees in Finance and Marketing.  Kezie is known as a serial entrepreneur and has started multiple successful businesses across different industries.  In addition to being licensed in Arkansas, he is also licensed in the State of Oklahoma and splits his time between both states.  Kezie has been immersed in commercial real estate over the last 5 years where he has helped numerous investors, as well as professional athletes, acquire income-producing properties.  He is actively involved in his local communities and annually supports local non-profits.  Kezie is family-oriented and loves spending time with his family. In his free time, he enjoys traveling, sports - both playing and watching and mentoring new entrepreneurs.