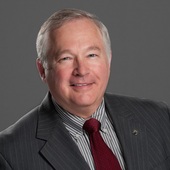 Get to know Les Priest

Les joined ERA Webb associates in 1999 and became an owner in 2004 then in 2014 the company merged with Better Homes and Garden/The Masiello Group. While at ERA Webb, Les was consistently one of the Top Producers of ERA in Maine totaling more than 50 million in sales and has been involved in more than 400 real estate transactions over the last several years. Prior to his real estate career, Les owned and managed a sporting goods business and developed and headed a sport travel company sending anglers, hunters, and outdoor sports enthusiasts from all over the world to Alaska, Labrador, Newfoundland and beyond. Les attributes his strong customer skills and commitment to service to the 20 years he was at Hannaford Bros., the supermarket chain on the eastern seaboard, where he held several management positions. As a Maine native and former Master Maine Guide he has an in depth knowledge of area lakes and ponds, their water qualities, and fishing opportunities.

His 1st year in the business he was selected for the State of Maine ERA Rookie of the Year and has been recognized nationally each year since and more recently The President’s Award as one of the Top 20 Selling ERA Brokers in the country. Les is a member of the Mason’s at the Lafayette Lodge in Readfield and former Boy Scout Master Troop #650. He resides in Readfield / Kents Hill with his wife Betsy