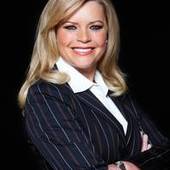 Get to know Candace Bailey

After her extensive educational pursuits landed her with an MBA from Harvard University, an MA in Advertising and Public Relations, and a BA in Hotel and Restaurant Management, both from the University of Alabama, Ms. Bailey moved to Las Vegas in 2001 to begin her professional career.

While working as the Public Relations Manager at the Venetian, her interest in real estate flourished and in her free time she began investing in local properties. As a result, she launched RE/MAX Properties (now LSIRealty), a full-service real estate brokerage and property management firm. In 2007, she founded LSIResorts, which manages more than 200 upscale condo-hotel properties throughout the U.S. Her love for entrepreneurism continued to grow and in 2008 she co-founded Assevia, a global asset disposition corporation and four months later launched Hottie Haute, an online women’s clothing boutique and in 2012 started My Healthy Meals.

Her love for entrepreneurialism is balanced by her philanthropy and volunteer work. Not only has her organizations donated thousands of dollars to community charities; she has also recently implemented a “Community Philanthropy” program at LSI. The staff at LSI researched and voted on supporting three charities throughout the year. In 2014, the chosen charities are Safe Nest, an organization that supports homeless mothers and children, St. Jude’s Children’s Hospital and the Animal Sanctuary which is one Las Vegas’ no-kill shelters. Bailey encourages every LSI employee to participate in group events with these charities and provide support in any way they can.

Ms. Bailey doesn’t just support charities financial but she believes in rolling up her sleeves and working to help those less fortunate. She participates annually in the Susan G. Komen 60 mile Breast Cancer Walk, competes in triathlons benefiting Crohn’s and Colitis Foundation and the Children’s Diabetes Foundation. She loves her work at the Lied Animal Shelter, and participates with her team in volunteering at Opportunity Village, one of Las Vegas’ largest and most well respected charities. She also spent her Christmas holiday this year in Haiti with New Life Missions Haiti helping the children of Haiti by providing food and building shelter for them. This experience has turned into one of the most memorable times in her life.

Along with Bailey’s extensive educational and business accomplishments it is no surprise that she as been honored with the coveted position of “Top 40 Business Professionals Under the Age of 40” by Vegas Inc., in 2012 she was honored with “Woman Entrepreneur of the Year” by Entrepreneurs Organization and in 2013 she was also the recipient of “Innovation and Leadership Woman and Minority Business Leaders to Watch” by Vegas Inc.

In her free time, Bailey enjoys training for triathlons, practicing yoga and volunteering.